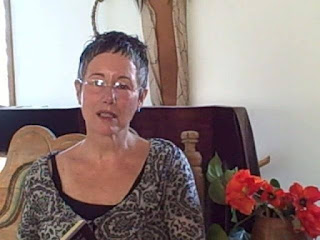 Because poems are, after all, dialogues between the song of man and the silences of God…
Jorie Graham, American Poet

At some point we may be the only ones left.  That’s ok with me.  We are America.
George W. Bush, President, United States

Words spool into concertina wire, punctuation wounds. Three
tiers deep, the wire awakens to pursue its hurt.  Each day
is a membrane to puncture and pass through.

I offer grief. I know its gravity.
At the graves, the names of the dead are scribbled into dumb air.
I thread letters into vowels, scratching at their script.

Five times the clarion call. Five times the delicate skin of sound is stretched,
and the cry, Allahu Akbar! trembles into ululation,
as the layered nameless resurrect into

song. O survivor: Your voice is disjointed; your tears are music too. I know
not what to do. I emerged from the sea
and pulled the trigger.

The finger points. No. Don’t show me the bruise—the brilliance
of bombs robs night of its color.  Touch and sight go numb. I turn away.

* * *
Sunset. A red
that kindles in the body. A lantern
beneath water,

something swallowed,
seen through, and there at molten
core

a word
that does not
hold. That will not
grip.